"Through this project, we hoped to to change how people think about teenagers – we feel judged by adults who see us as the way the media presents us, and want to show that we are not all the same – we, and all teens, are individuals, and want to be viewed as individuals."

Every BBI project starts with the identification of an issue. The students at the Arts & Tech High School BBI program initially identified some of the problems in their community, such as students at Arts & Tech not having a voice in the policies that affect them, like the use of metal detectors at school, and how they don’t feel that adults trust them. Then we watched Suzanne Lacy, Chris Johnson, and Annice Jacoby’s T he Roof is on Fire documentary (1994) as an example of how another group of teenagers expressed positive messages about their lives to dispel negative stereotypes. The students also reacted to articles and photos that featured teens as negative stereotypes. This gave these students the idea to document how their lives are different, using both photography and writing. They looked at examples of photographs that showcase the positive aspects of people’s lives, and talked about how each photo’s composition clearly communicates something unique about the person. Students took pictures of themselves doing positive things, or of symbolic objects or places that represent positive things they do. They learned digital photography skills such as how to set up effective compositions. To display the final photos, each student chose a negative “headline” about teens that he or she had heard in the media or in everyday life, and wrote a short poem explaining how the photo suggests that he or she is “not like” the teenagers the headline describes.

The images, headlines and photos were put together by facilitators using Adobe Photoshop, and hung from a series of wooden frames with metal chains linking the photos together. The installation was displayed at CityKids graduation, and later at the high school, in a configuration that enabled viewers to experience the photographs both individually and in relation to one another, from different angles. www.citykids.com 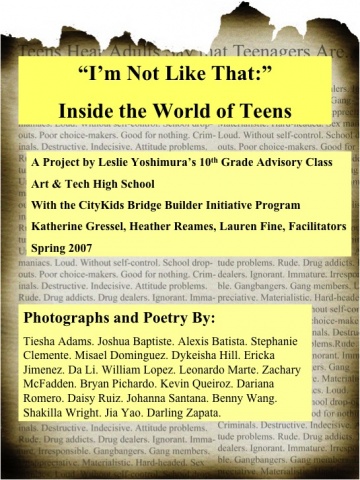 I'm Not Like That
Digital Photography Collage
Each 8.5" X 11" 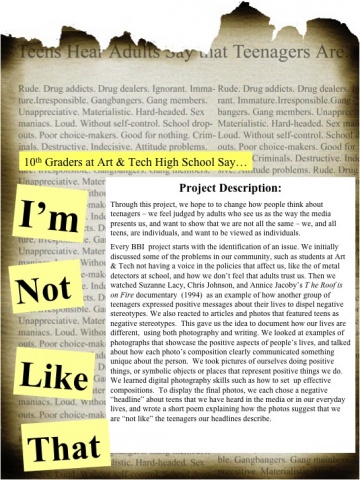 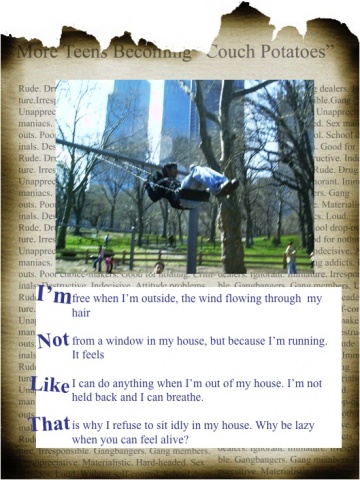 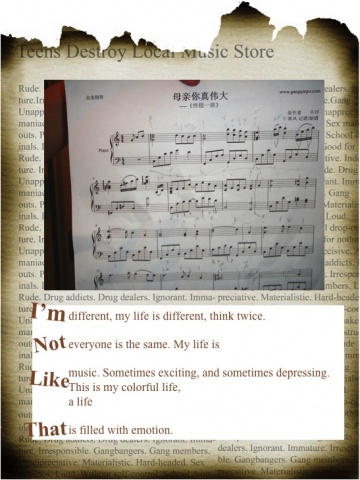 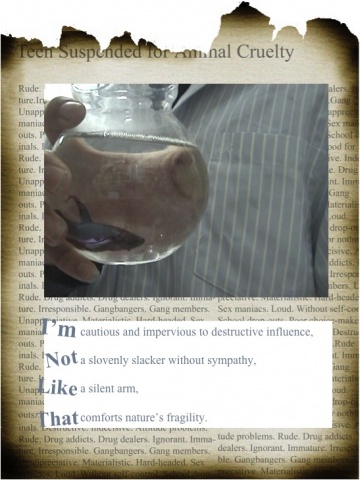 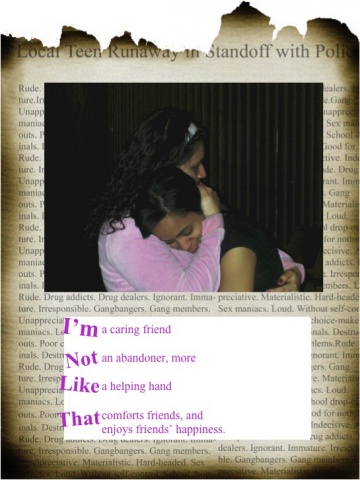 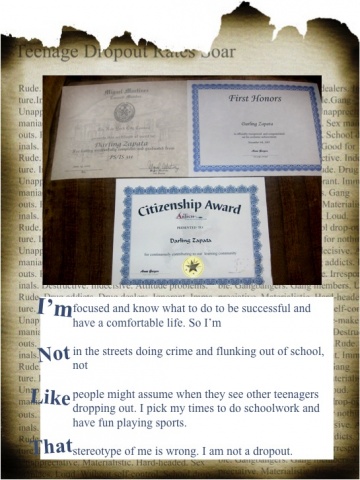 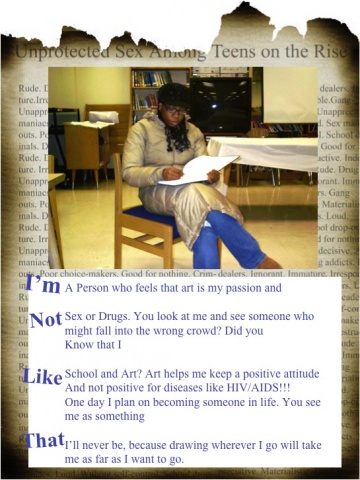 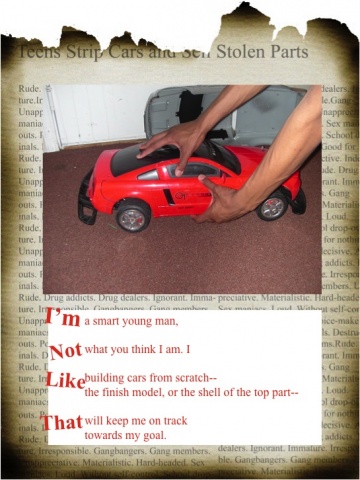 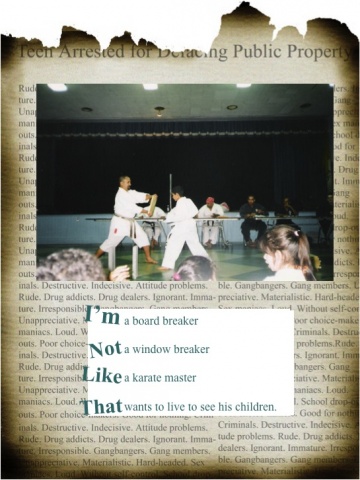 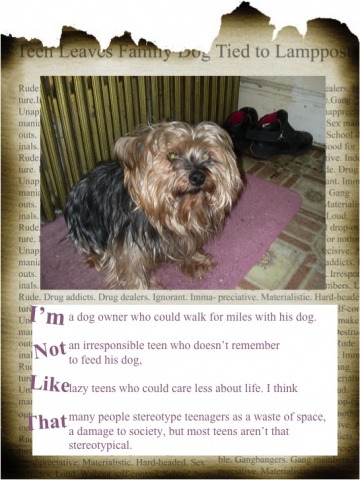 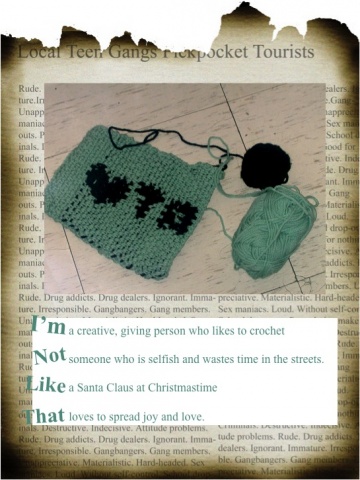 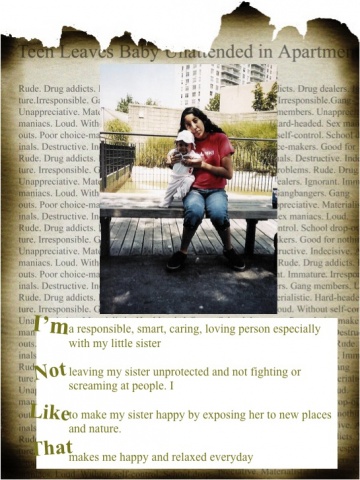 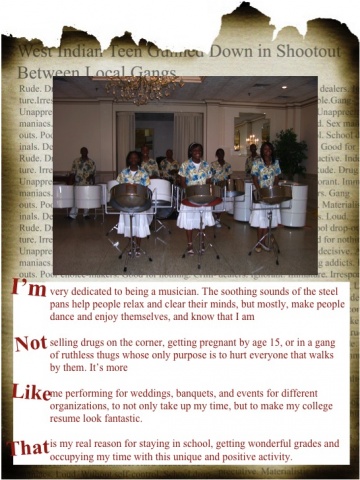 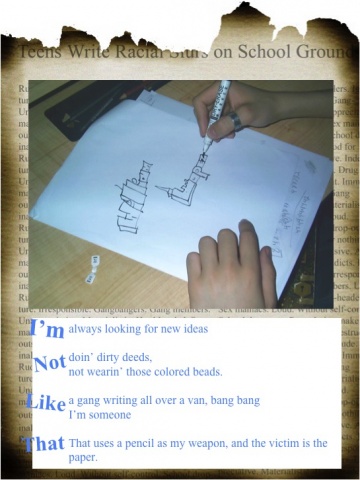 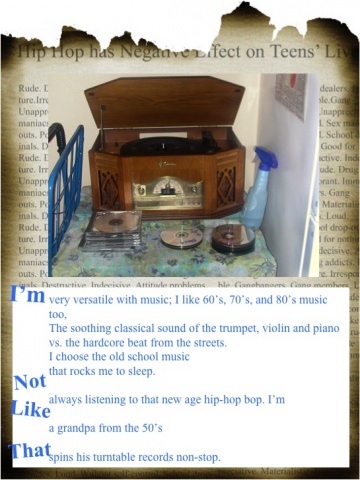 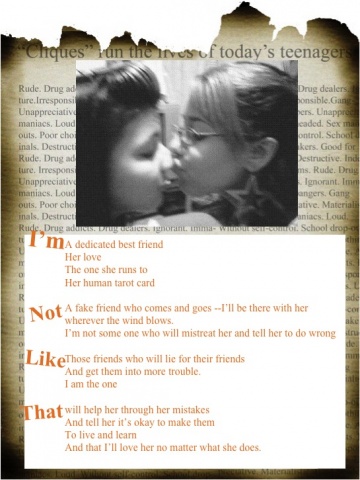 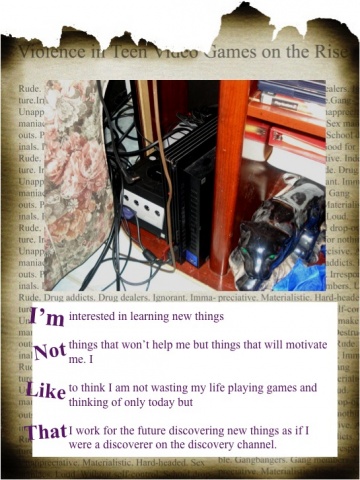 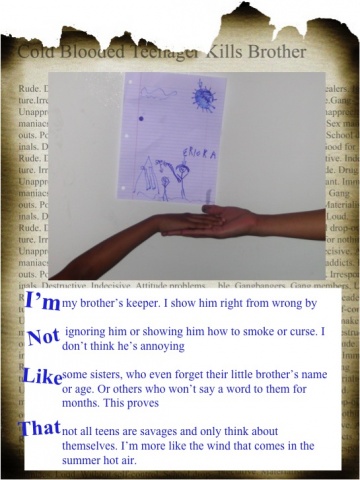 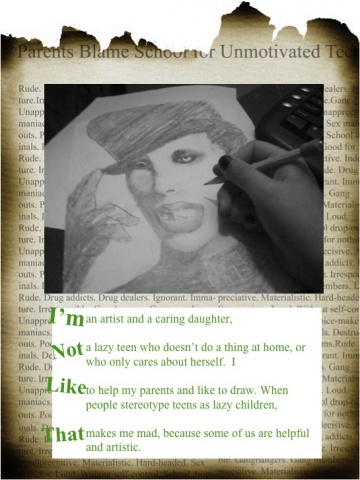 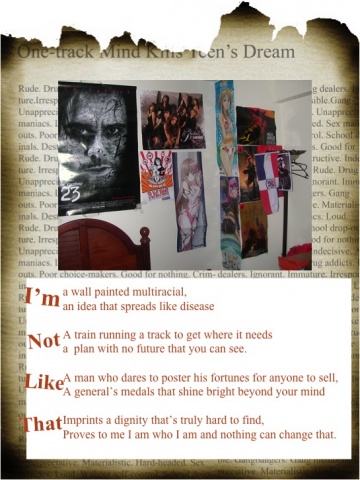 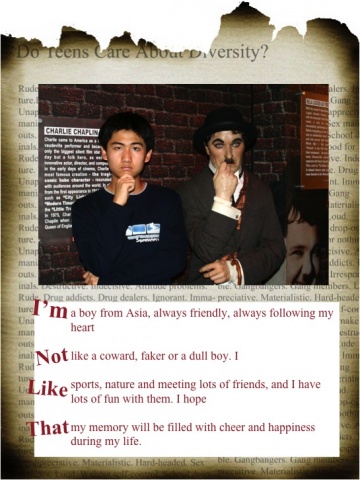 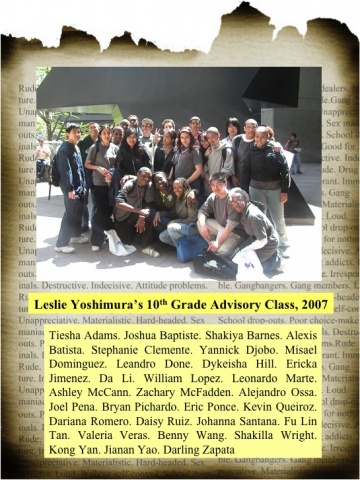 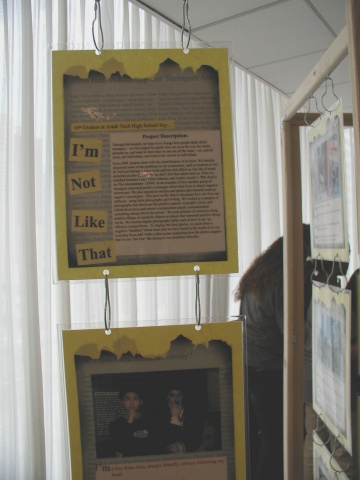 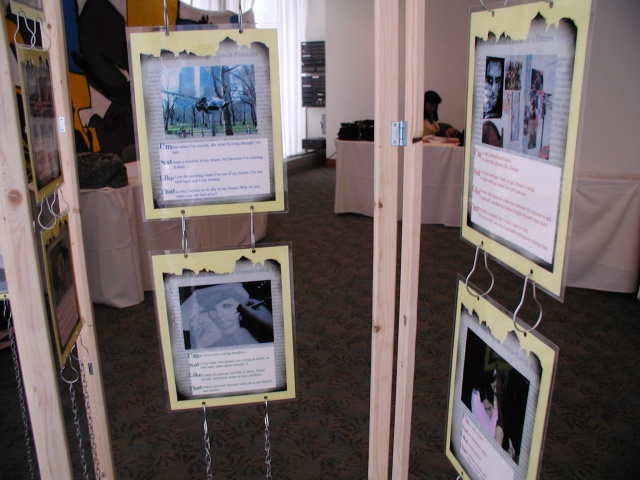 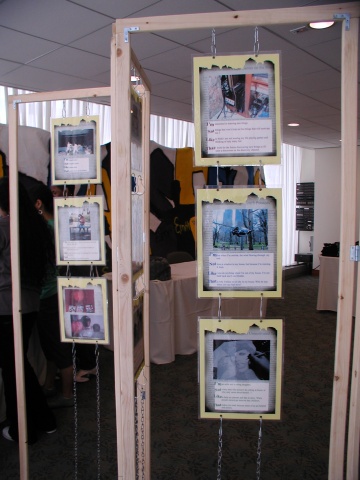