I was a recipient of The 2008 National Academy Museum and School of Fine Arts Edwin Austin Abbey Memorial Fund for Mural Painting in America, and participated in a month-long intensive master class at the National Academy in July 2008. This Mural Workshop provided an opportunity for professional artists to study the “nuts and bolts” of public art commissions. During the course of the workshop, each artist prepared a detailed proposal, and a maquette for a public mural.

I designed "If Hunter Had Windows..." a public art installation for Hunter College High School (HCHS), my alma mater. I propose inserting painted "windows" into solid walls of the school's courtyard. HCHS's lack of windows is a frequent source of complaint (or sheepish pride) among students. The dearth of windows contributes to Hunter’s image as an “impenetrable fortress”--admittance to this elite school requires passing a rigorous entrance exam. Hunter’s imposing architecture is built around a landmarked 19th-Century armory. For many students, like an armory, Hunter’s window-less walls play a protective role. They create a sanctuary for intellectual and creative growth without outside distractions or pressures, such as the social exclusion high-achieving students might face at other high schools. According to one hunter alumna, “the lack of windows fits our school's personality perfectly. We don't WANT to be normal; we don't need to look outside of our home to be happy.” Hunter students even boast of having a “freak hallway.”

To open up Hunter to the public and encourage reflection among the Hunter community, I chose to insert windows into different walls of Hunter's courtyard, windows which look into the school hallways, where much of student social life takes place. Says one alumnus, "The locker hallways doubled as art galleries, performance spaces, and impromptu political think tanks." Visually, the hallways symbolize the diversity, independence, and creative expression that Hunter encourages--myriad small murals of varying styles and ages adorn Hunter’s hallways, most representing different student-run extracurricular activities. My maquette emphasizes the colorful and fragmented nature of these corridors of a school uninterested in, as one alumnus stated, “getting students in line with some perceived majority.”

The walls of the hallways in the main window montage above the handball courts proclaim Hunter core values, gleaned from interviews with students and alumni: acceptance, individuality, freedom, shelter, access. Smaller windows are scattered throughout the courtyard, each containing a different quotation from students and alumni who were asked to weigh in on what makes Hunter distinctive, and what its "windows" might reveal. Each window also contains a small drawing of a Hunter student making a gesture relating to the quote/value written on the hallway wall; these are meant to suggest posters, flyers, or artwork hanging in the hallways.

I am working on developing this into a real mural project for HCHS.

The 2008 workshop was led by Grace Graupe-Pillard. 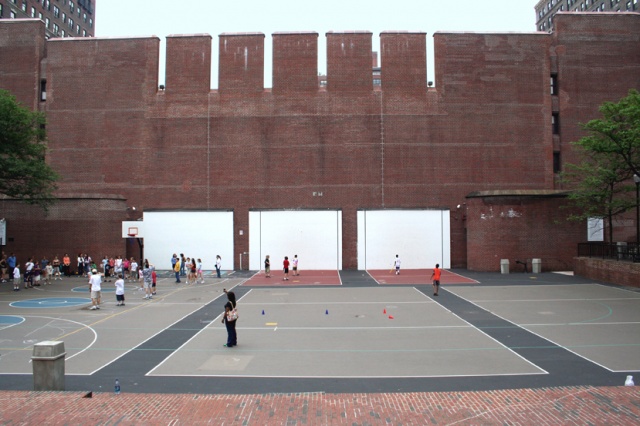 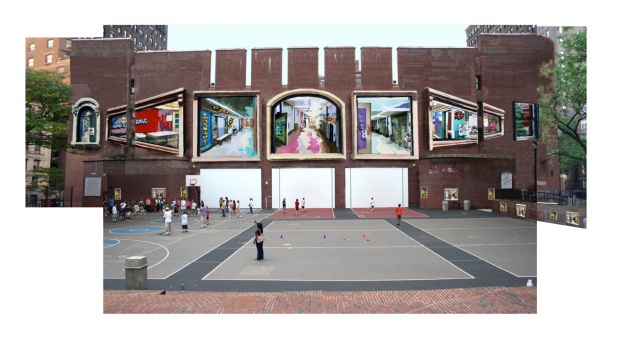 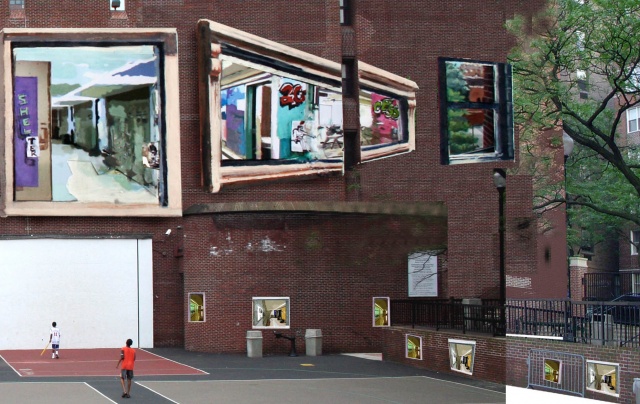 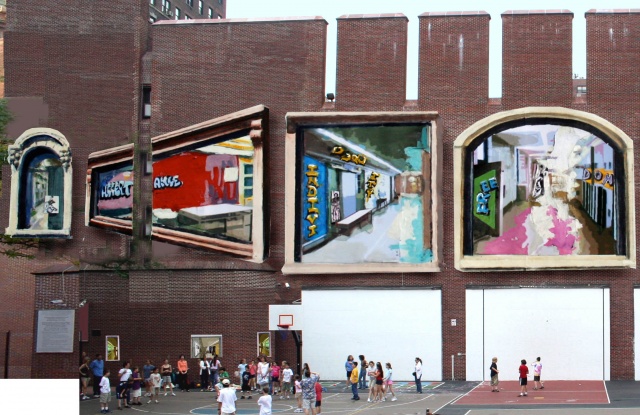 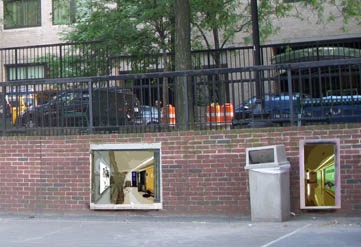 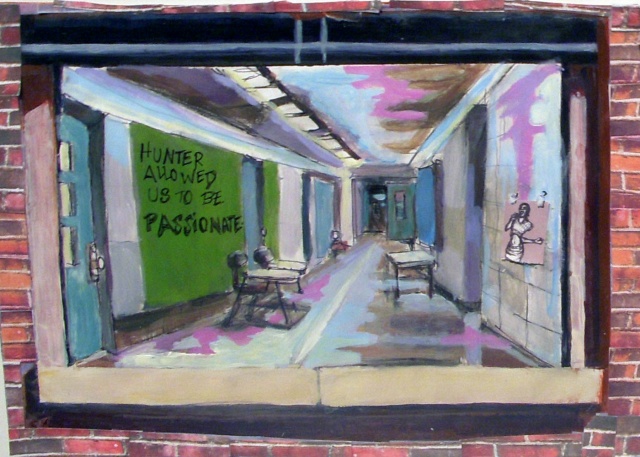 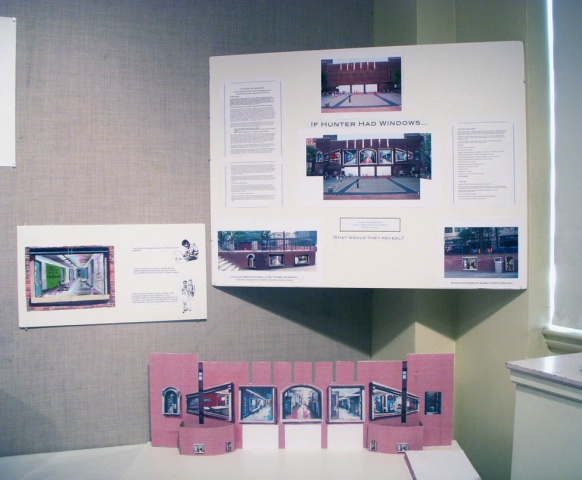 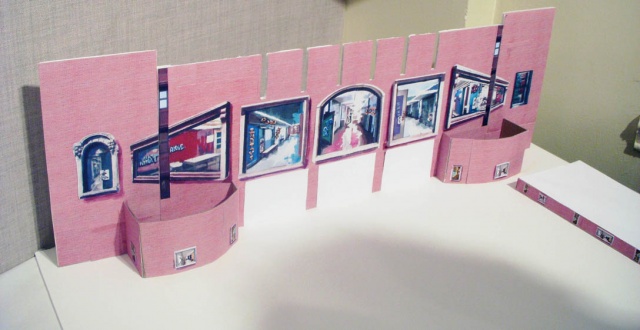 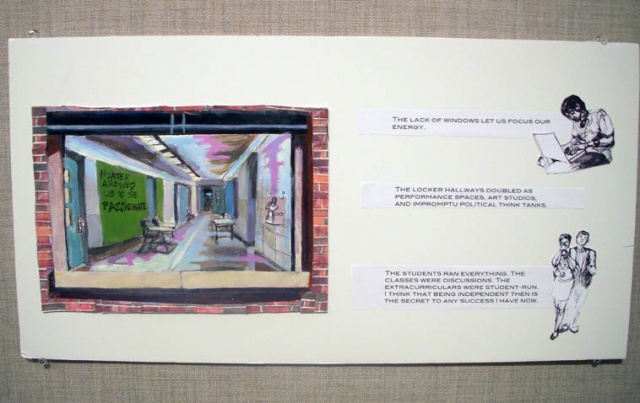